My Pianists From The Past series goes from strength to strength; I’m delighted that so many musicians have participated. You can read all the articles in this series on my blog archives page, here.

Today’s post features jazz pianist James Booker. This article has been written by British jazz pianist, composer and educator Tim Richards, who currently teaches jazz piano and blues piano privately, and at Morley College in London. He is the author of several acclaimed Schott publications including ‘Improvising Blues Piano’ and ‘Exploring Jazz Piano’. ‘Beginning Jazz Piano’ will be published in 2021.

This episode is dedicated to the great New Orleans pianist James Booker. Whilst he may not be a name familiar to most classical pianists, in the blues and gospel music world he is revered as a virtuoso second to none, whose unique left-hand style has never been equalled. The great Arthur Rubinstein saw him play in New Orleans in the 1970s, and is reputed to have come away saying “I couldn’t do that”.

Upon first hearing Booker you may indeed be forgiven for thinking you are listening to two pianists. This is well-demonstrated by the track Live, as featured in the trailer for the excellent 2016 documentary film based on his life, ‘Bayou Maharajah: The Tragic Genius of James Booker’ (directed by New Orleans film maker Lily Keber). The music begins at 0:17, after the intro:

Booker is famous for the fiendishly difficult left-hand patterns he developed, which allowed him to play a bass pattern with the 4th and 5th fingers of the left hand and a chordal accompaniment with the upper three fingers, leaving his right hand free to play a melody or improvisation. Coupled with extraordinary hand independence, it often sounds like he has three hands.

There’s a theory that he developed this driving style as a result of playing the organ in his youth. Rather than playing the bass notes with his feet on the organ pedals, he found a way of playing them on the piano keys below the central left-hand chords.

James Carroll Booker III was born in New Orleans on 17 December 1939. He had classical piano lessons from a very early age, and his style was said to be fully formed by the age of 12. As a teenager he was already playing professionally with R’n’B groups and depping for well-known New Orleans pianists such as Fats Domino and Huey ‘Piano’ Smith, on tours and recordings in Southern USA. His extraordinary versatility allowed him to adapt to any style, from R’n’B to blues, gospel, jazz or pop.

For much of his career he worked in and around New Orleans as a solo piano performer. A typical Booker set might include a range of styles, with blues and gospel songs mixed in with a few jazz and Latin standards, his own compositions and some classical music too… He was particularly partial to the music of Chopin and saw no reason to exclude this side of his talent from his performances. He would introduce Chopin’s Minute Waltz as “Chopin as if written by a black person”. You can hear this track on his best-known album ‘Junco Partner’, recorded in 1976, where he renamed it Black Minute Waltz:

Whilst this may not be to everyone’s taste, one has to acknowledge that Booker was having fun, introducing rich tenths in the left hand and adding improvised flourishes of his own. It is arguable that this is absolutely in the spirit of Chopin, who was known as a brilliant improviser; this is attested by his manuscripts which he would frequently amend as new ideas flowed from his playing in concert.

Another iconic piece from the same album is Pixie, a good demonstration of his unique ability to combine bass and chords in the left hand, in a uniquely driving style:

As a result of the ‘Junco Partner’ album Booker started touring in Europe and was astonished by the applause and respect given to him by audiences, where he had already become something of a cult figure. Several of these solo piano performances were recorded and feature some of his best playing. One of the stand-out tracks in the ‘Bayou Maharajah’ film is True, recorded at the 1978 Montreux Jazz festival, which is not to my knowledge on any of his records. It’s a haunting slow blues, showcasing his gospel-tinged voice, as well as some typically fleet arpeggio figures in the right-hand:

Booker often included jazz standards in his playlist as well, although (judging from the recordings we have) his repertoire was limited to a few choice favourites, such as Over The Rainbow or Come Rain Or Come Shine. From the 1977 album ‘New Orleans Piano Wizard: Live!’ we have On the Sunny Side of the Street, an example of his unique style of ‘stride’ piano:

He also delved into the ‘Latin’ repertoire, featuring well-known pieces such as the Cuban song Besame Mucho. New Orleans, being a port adjacent to the Caribbean, was particularly receptive to Latin musical influences, as evidenced also by the ‘Spanish Tinge’ often present in the work of another legendary New Orleans pianist and composer, Jelly Roll Morton. Another of Booker’s favourites was the virtuosic Brazilian instrumental ‘choro’ piece Tico, written by Zequinha de Abreu in 1917. Here’s a version from the 1982 album ‘Spiders On The Keys’, recorded live at the Maple Leaf Bar in New Orleans, where Booker had a long-term residency:

Booker’s life is full of contradictions. Despite his success in Europe he was never comfortable touring in the USA, outside of New Orleans where he inspired a similar kind of adulation from pianists to that accorded to Art Tatum in the world of jazz. His unpredictable nature and ongoing problem with drink and drugs often caused problems with promoters and booking agents, and he was arrested several times for drug offences.

In a strange twist of fate however, he was on very friendly terms with the New Orleans District Attorney, whose son happened to be Harry Connick Jr, a budding pianist and vocalist, later to become an important New Orleans performer himself. Born in 1968, there was a big age difference, but Harry was already taking piano lessons; Booker took him under his wing and taught him the rudiments of his style. Connick talks about his interactions with Booker in the ‘Bayou Maharajah’ film and gives some fascinating demonstrations of his techniques.

His short life came to a sad end in November 1983, when he was taken in a cab to Charity Hospital and left in a wheelchair in the emergency room. No one knows who called the cab, and he died before receiving medical attention. Since his death he has received some of the global recognition that was so elusive while he was alive. His colourful reputation as the ‘best black, gay, one-eyed junkie piano genius to come out of New Orleans’ is a hard one to argue with… but his playing has become an inspiration to pianists everywhere.

You can listen to more James Booker tracks in the podcast I made for the Morley Radio JAZZ PIANO LIBRARY series with my friend, the pianist and teacher Louis Vause by clicking, here. 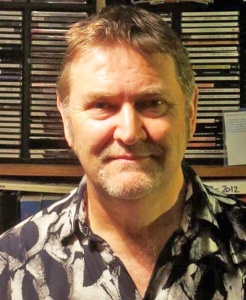