The Pianists From The Past series continues today with the first article featuring a jazz player; French pianist Jacques Loussier (1934 – 2019). This article has been penned by British pianist, author, writer, composer, and music educator Mark Tanner, who recalls his first encounter with Loussier’s music. Over to Mark…

The French jazz pianist, Jacques Loussier, died in 2019 aged 84. Working alongside bassist Pierre Michelot and percussionist Christian Garros, Loussier formed the tight-knit ‘Play Bach’ trio in 1959. They toured the world for decades, giving thousands of concerts and selling many millions of records. I was lucky enough to sit within a few feet of Loussier at the first concert my father ever took me to in Bristol. Loussier greeted me warmly back stage afterwards, managing to sound interested by the fact that I’d learned a few of the pieces he’d just performed. He even complimented me on my French, which I don’t think anyone’s ever done since. I was left spellbound by that concert – the music flowed so naturally from those three splendid musicians, that I could almost have been convinced this was how Bach’s music was always intended to sound. For some, this will doubtless be a bridge too far, but I’ve never for a moment doubted Loussier’s motivation, and certainly not his splendid pianism. For a jazz pianist to forge an instantly bespoke style out of the embers of past masters shows more than mere hutzpah; it takes wisdom, sincerity and vision. More than anything else, I thank Jacques Loussier for allowing me to feel that it’s ok to let Bach’s music swing.

There was unquestionably something of the Marmite factor about Loussier – lionised by some, but grudgingly tolerated by a number of critics who either couldn’t quite make him out, or else allowed perhaps a little too much purist derision to influence what they were hearing. A similar fate – those who love it and those who love to hate it – might also describe the music of the James Last Orchestra, or especially Richard Clayderman. It’s often struck me as odd that so many people found Loussier’s music lacking in direction, when in reality Loussier knew a good deal more about jazz than most jazz pianists, and a good deal more about Bach – his mainstay – than most classical pianists. There’s more than just a ‘knack’ to mixing genres in this way – and nor can Loussier’s approach be glibly dismissed as an impudent two finger salute to those who prefer their Baroque and jazz music served from separate menus. To blend the contrapuntal with the syncopated in such a confident, ingenious way takes an instinctive musician who sees where the potential crossovers and points of reconciliation arise – and then, in the moment, never quite the same twice, is able to turn such collision points into a joyful musical experience.

This instinct to juxtapose, whether through music or any other creative millieu, is certainly nothing new. And while some may be tempted to deride Loussier for tinkering, uninvited, with the sacred precision engineering of Bach, ought we not take another look at Vaughan Williams’s repurposing of Thomas Tallis, Michael Tippet’s reimagining of Corelli, Maurice Ravel’s take on Couperin, not to mention Claude Debussy’s reappraisal of Haydn and Clementi, or Igor Stravinsky’s reworking of Pergolesi? Busoni – a composer also noted for his transcriptions of Bach – seems to have come away relatively unscathed compared with Loussier. These aren’t examples of meddlers or lightweights, musicians lacking as much in innovation as moral fibre, but of musicians whose reverence for the past oozes out from every pore; their underlying ambition, by calling upon a variety of means, was to rebottle the spirit of antiquity for a modern age.

An essence of jazz thrived meaningfully through the early decades of the 20th century, and not just in its most obvious guise, the music of George Gershwin, but in less likely repertoire also, such as the scores of Debussy – and especially Ravel. A little later, the influence of various ‘classical’ styles burrowed their way into the rhythmically challenging jazz of Dave Brubeck – it seems this desire to allow an improvisational impulse to become intertwined with bygone styles has been a recurring fascination for as long as music itself has existed. After all, Bach himself was reportedly a dazzling improviser, and it seems to me that one improviser is hardly in a position to judge the motives of another, even one born three centuries later. To compose is after all an act of generosity, which in most cases extends to permitting others an amount of largesse when it comes to interpreting. The extent to which there is wriggle room for reinvention, or indeed the tipping point where ingenuity sinks into recklessness, is where we must all take our own position. I suppose the longer the history of notated music, the more inevitable it is that borrowing and remodelling will take place. It was this spirit of ‘it’s all ours’ that underpinned the philosophy of that great violin impresario, Fritz Kreisler.

But back to Loussier, a pianist whose instinct to go off-piste with Bach and Vivaldi (later with Satie and Ravel (see link above)) had already become apparent while studying at the Conservatoire National Musique in Paris as a teenager. Sometimes labelled ‘third stream’ (a fusion of jazz, classical and improvisation), this is surely an inadequate pigeonholing of Loussier’s inimitable brand of musicianship; similarly, the description ‘cool’ jazz does little to explain the intoxicating brew that fermented inside Brubeck’s head. After all, these types of definition tend to be dreamed up by those reluctant to accept the honest beauty of sound for what it is, in favour of what it most closely resembles. Few creative people benefit from such a stifling categorisation – we’d do well to remember that Debussy despised the term ‘impressionist’ (yet we persist with it regardless), since it damned with faint praise the revolutionary approach to tonality and timbre that increasingly found its way into his music.

Besides, there’s an underlying suggestion that derivative art forms, such as Loussier’s, are by definition inferior. This carries with it a measure of suspicion, and in my opinion partly accounts for a somewhat mixed reception to Loussier’s music. And yet, Loussier’s ear for sonority, his ability to change tack on a sixpence, to dig deep into a cadence, suspension or modulation, are testimony to a musician whose intellect was matched by ingenuity and a thorough grasp of what Bach himself was doing in works such as the Well-Tempered Clavier or Partitas. I’d argue that the world needs musicians like Loussier, not to dilute or simplify the music of Bach, Scarlatti, Mozart, Beethoven or Chopin (all of whom Loussier revered greatly), but to show us an alternative route by which these composers might live on in our ears. Liszt did something remarkably similar by transcribing operas and other music in the 19th century, instantly ensuring an awareness and appreciation of this music that it might not necessarily have had otherwise.

Loussier’s music isn’t a cheap gimmick, nor a flippant satire on Bach, but the product of a daring, subtle and inquisitive mind. Loussier must have always felt that the music of Bach and other baroque masters lends itself particularly well to jazz, and I completely agree: the friction between all those moving parts, the intricate playfulness of textures and ornaments, the tension and release of harmonies. Maybe Bach’s music is simply more forgiving (or receptive to brave innovation) than most other composers’ music? Arnold Schoenberg seemed to think so. This is tricky to sum up in words, but seems to have something to do with the open-endedness of Bach’s voice-led lines – its spaciousness – and universal capacity for being heard and understood, no matter which ‘accent’ one speaks with.

If you’ve only ever encountered Jacques Loussier’s music through the famously hilarious Hamlet cigar advert starring Rab C Nesbitt (featuring Loussier’s take on Bach’s ‘Air in a G string’ – my favourite advert of all time), you’re surely missing out, for Loussier was by no means a one trick pony. Indeed, Loussier worked with Pink Floyd, Elton John and many others besides, having disbanded the first incarnation of his trio in favour of working at his newly set up recording studio. But by the mid eighties, with the 300th anniversary of Bach’s birth quickly coming into view, the trio re-emerged, albeit with Benoit Dunoyer de Segonzac (replacing Vincent Charbonnier, whose left hand was rendered immobile following a stroke) on bass, and Andre Arpino on percussion. Speaking personally, my enjoyment of the new avenues taken by Loussier and co was never quite as great as my first boyhood immersion in his Play Bach era, though hearing him perform in Cardiff, fifteen years later, was still a memorable treat. You probably won’t know that Loussier composed more than one hundred film and TV scores too, including The Killing Game, 1967.

I commend you to listen to a few of Loussier’s most seminal and groundbreaking tracks – why not start with some of the epics from the five strong ‘Play Bach’ series, still available on Decca, recorded in brisk succession during the early 1960s, and then perhaps skip forward to ‘Beyond Bach’, from 2014. Everything in between – from Mozart concertos to Ravel’s Bolero (see links above) – will then make so much more sense. I’ll wager you come away thinking, as I’ve always done, that Bach would have nodded, albeit in bewildered admiration, at the sheer dynamism and courage of Jacques Loussier. 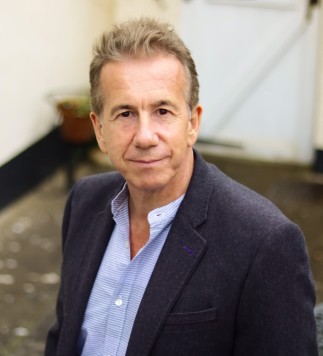 You can read more articles in this series, here.