My Pianists From The Past series continues today and this article has been written by British pianist and pedagogue Julian Saphir.

Julian’s past pianist of choice is the British concert pianist and pedagogue Cyril Smith, with whom he had a personal connection. Over to Julian…

One day in the Spring of 1991, during my third year of study at the Royal College of Music, London, I made my way to my piano lesson, not at college, but at the imposing Barnes home of my teacher, Phyllis Sellick. Her music room, which I seem to remember had a balcony overlooking her garden, housed her two well used Steinway grand pianos, one of which actually belonged to Sir Henry Wood.

I began to love going there for my lessons and this particular day, I was in for a real treat, perfect for a young piano nerd like me! I was preparing Rachmaninoff’s revised, but no less formidable, version of his Second Sonata in B flat minor, Op. 36. As I opened my music case, I realised that I had forgotten my score! Bother!

Phyllis, ever calm and unperturbable, went over to her bookshelf and drew out a volume.

“No matter,” she said with a smile, “you can use Cyril’s.” and she held out to me a smartly bound hardback first edition of the Sonata. “I think you’ll like this, Julian.” she said. Inside the cover, there was a handwritten message across the title page which read something like,

“To my friend, Cyril Smith,

It was a real thrill to be holding the very book that both Rachmaninoff had autographed and that Cyril Smith had worked from too.

So began my interest in this now largely forgotten English virtuoso pianist. Although Cyril Smith and his wonderful wife, my teacher, Phyllis Sellick, were much celebrated for their three handed duo, this article will also explore a little of Cyril Smith’s solo career before he tragically lost the use of his left arm following a thrombosis in 1956.

Cyril James Smith was born on 11th August 1909, in Middlesbrough. The youngest of three siblings, his father, Charles Smith, was a foundry bricklayer. Cyril was only 22 years of age when he married Andrée Antoinette Marie Paty but unfortunately, the marriage ended in divorce.

However, a few years later he met Phyllis Sellick at the BBC, and the couple eventually married in 1937. Cyril and Phyllis had a son, Graham, born in 1947 and two years later a daughter, Clare. They remained married until Cyril’s death in 1974.

Cyril Smith began playing the piano at the age of four, and by the time he was eleven, was already giving recitals at Middlesbrough Town hall. After leaving Middlesbrough High School, Cyril won a scholarship to the Royal College of Music. From 1926 to 1930, he studied with Herbert Fryer, (himself a student of Tobias Matthay and Ferruccio Busoni). Whilst at the RCM, Cyril won medals and prizes including the Daily Express Piano Contest in 1928 and the following year made his concert début in Birmingham in a performance of the Brahms Second Piano Concerto in B flat major, Op. 83. During the 1930s he was also a regular recitalist at the Barn Theatre in Oxted.

It was also around this time that considerable strides were being made in the development of the television and its broadcasting. The celebrated Scottish scientist and one of the greatest pioneers of the television, John Baird, had set up the Baird Television Development Company. Following the success of Baird’s first television programme for the BBC, the corporation eventually took over and in 1935 Cyril Smith had joined the BBC and was invited to play as an off-screen accompanist for the 30-line Baird system television demonstrations.

Back on the concert scene, Cyril became a favourite at the Henry Wood Promenade concerts which then took place at the Queen’s Hall, London. He had made his Proms debut while still a student in 1929 and went on to appear regularly as a Proms soloist over the next three decades, often performing twice or even three times in the same season. His repertoire of choice was chiefly the great Romantic concertos, particularly those of Rachmaninoff.

Then on 10th May 1941 during the blitz, the Queen’s Hall was destroyed by an incendiary bomb and the Proms lost what had been its home since the inaugural season in 1895. The “Blitz Spirit” (a coined phrase describing Britain’s defiance against the onslaught) ensured that the much-loved festival would continue no matter what. The new venue chosen was of course, the Royal Albert Hall, and Sir Henry invited Cyril to play at the first ever Proms concert there (just 63 days after the attack) on 12th July 1941. He gave an historic opening night performance of Rachmaninoff’s Rhapsody on a Theme of Paganini, Op. 43 with the London Symphony Orchestra conducted by Sir Henry Wood. This ever-popular work along with the great Russian master’s first three concertos returned many times in Cyril’s subsequent programmes.

During the 1940s, Cyril made several Concerto recordings with the flamboyant English conductor Sir Malcolm Sargent. One of the most highly acclaimed of these collaborations was their 1944 recording of Dohnanyi’s Nursery Song Variations, Op. 25 and Rachmaninoff’s Rhapsody on a Theme of Paganini, with the then Liverpool Philharmonic Orchestra.

During the Second World War Cyril Smith performed concerts for the Entertainments National Service Association (ENSA) and finally in 1941, after a mutual resistance to the temptation due to their busy solo schedules, and at the veritable insistence of Sir Henry Wood, he and Phyllis began performing together as a piano duo. Indeed, it was at that very same inaugural RAH Prom that they performed together for the first time in Carnival of the Animals, Op. 72 by Saint-Saens. So began a musical partnership that would go on to become one of the most well known and most loved in modern musical times.

The war years presented the duo with a somewhat “bumpy” start. When Cyril and Phyllis had to go to Broadcasting House for a live performance of Mozart’s Sonata in D major K. 448 for two pianos, they had to run through the streets of London under “a good deal of shrapnel” to reach the Underground, where people were getting ready to sleep on the platforms! It was under the auspices of ENSA that Cyril Smith & Phyllis Sellick embarked upon international tours of Portugal, Belgium, France and as far afield as India. In 1942, the British Council undertook a promotion of British culture overseas. The music section of the project was a recording of significant recent compositions by British composers such as Walton’s Belshazzar’s Feast, Op. 51 and Elgar’s Dream of Gerontius, Op. 38. This gave rise to a tour of the Far East being organised for the duo, but this brought with it more difficult playing conditions such as coping with out-of-tune pianos and the intrusion of bats, rats and insects that would even nip at their hands while playing!

After the war and by the start of the new decade, Cyril Smith & Phyllis Sellick had become household names. Their duo was so popular that they made many duo appearances at the Proms too, often in the same concert as Cyril’s solo performances already mentioned above. Their diversity of repertoire was impressive, ranging from Bach and Mozart Concertos for two keyboards, to Vaughan Williams and Lennox Berkeley writing them the same and performed at the Proms under the batons of Basil Cameron and Malcolm Sargent in 1947 and 1949 respectively.

However, in 1956, while travelling to the city of Kharkov in the Ukraine, for the start of a concert tour of the USSR, disaster struck. Cyril Smith suffered two strokes, (the first of which occurred in the aircraft) that permanently paralysed his left arm. The full account is described by Cyril in his autobiography “Duet for Three Hands” (1958). When he recovered full awareness, he was faced with the devastating reality that his performing career was over. However, with the selfless and devoted care from Phyllis along with overwhelming support from friends and colleagues, Cyril was encouraged to do everything possible to maintain his formidable technique but just with his fully functional right hand. His consultant neurologist encouraged him to “live as full a life as possible.” and so after two years of rehabilitation, Cyril returned to the concert platform to assume his “reinvented” duo with Phyllis, but now their reputation would grow as a three handed act!

Of course, a great deal of ingenuity was required to restructure music for three hands where it had originally been written for four. The couple painstakingly undertook many new arrangements themselves, but it was very soon that some of the leading British composers of the time, most of them personal friends, rallied and wrote brand new pieces for them.

Notable among these was Malcolm Arnold’s Concerto for Two Pianos (3 hands), Op. 104, subtitled “Concerto for Phyllis & Cyril” who premiered it at the Proms in 1969 and recorded it in 1970. Sir Arthur Bliss and Gordon Jacob also wrote them three handed concertos and dedicated them to the couple, all achieving great success in the concert hall.

Cyril Smith’s teaching career was every bit as prominent as and ran in tandem with his performing one. He was first appointed Professor of Piano at the Royal College of Music in 1934. Among his best-known piano students were Margaret Fingerhut, John Barstow (later Head of Keyboard at the RCM), Anthony Hopkins, Thalia Myers, Gillian Weir, David Helfgott (later the subject of the 1996 movie Shine) and Dame Fanny Waterman (celebrated teacher and founder of the Leeds International Piano Competition).

In 1973, Cyril was reappointed as piano Professor until his death the following year at the age of 64.

Cyril Smith firmly established himself as not only one of the finest pianists and teachers of his time, but also as one of the most courageous. A plaque has been mounted at his birthplace on Costa Street, Middlesbrough.

During his career, made more extraordinary by his sheer determination to fight against seemingly insurmountable difficulties, Cyril found himself the recipient of several honours, most notably the OBE presented to him in 1971 for his services to music. Phyllis Sellick received her individual OBE at the same time. Back in 1960, Cyril had been the subject of the famous television favourite, This Is Your Life. He was surprised by the programme’s former host, Eamonn Andrews at BBC Broadcasting House. Among the guests joining him on the show were Phyllis and their two children, his older brother Herbert, Antony Hopkins, Col. Freddy Harrison CBE and the eminent conductor Sir Adrian Boult (Malcolm Sargent’s predecessor with the BBC Symphony).

Cyril and Phyllis also appeared together on the perennial radio favourite, Desert Island Discs on 30th December 1963, presented back then by the programme’s creator, Roy Plomley. Phyllis Sellick was invited once more onto the programme at the age of 90 in January 2002 with Sue Lawley presenting. Most poignantly, when it came to her chosen recording of the Rachmaninoff Paganini Rhapsody, she said, 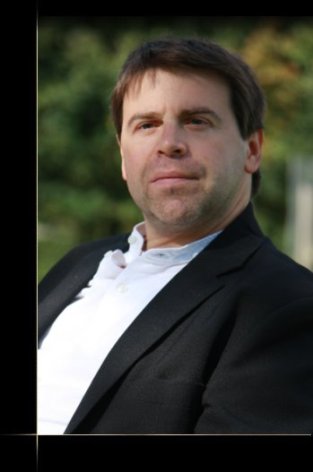 You can read other articles in this series, here.